Patisserie Valerie – Where were the Internal Controls?

Was lack of suitable internal controls behind Patisserie Valerie’s current fight for survival? It is clear that there have been major failings within the business and with the finance director currently under investigation by the Serious Fraud Office, all seems to point to major breach of internal control.

On 9thOctober 2018 the company’s Board was informed of a potential material mis-statement of the company’s accounts. This led to a decision to suspend the trading of its shares on the AIM the following day and suspend its Finance Director.  The company undertook an investigation and subsequently informed the London Stock Exchange that “there is a material shortfall between the reported financial status and the current financial status of the business. Without an immediate injection of capital, the directors are of the view that that is no scope for the business to continue trading in its current form.”

In addition, the Board had been notified at the same Board meeting that HMRC had filed a winding up order to the High Court in September for the £1.14m it is owed in tax. This hearing is due to take place on 31 October.

Prior to the suspension of trading, the business was valued at £450m – just one day later, the business was unable to say whether it could pay its staff wages. Without an immediate cash injection, the company was on the verge of collapse. Luckily, on the 12thOctober it was reported that the Chairman, Luke Johnson, had rescued the business, for now, by injecting £20m of personal loans into the company, in addition to the company raising £15m through new share issue to existing shareholders. It is claimed by the Board that the cash raised will enable the company to continue trading for the foreseeable future and would also be used to settle the outstanding tax bill with HMRC, hopefully enabling it to avoid a winding -up order being made.

Following the stock exchange announcement, the Finance Director, Chris Marsh was arrested “on suspicion of fraud by false representation” by Hertfordshire Police. The Serious Fraud Office is now investigating the matter, and more details will no doubt emerge as time goes on. 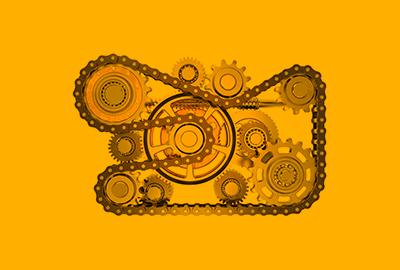 How did the financial black hole emerge? Where was the control?

The fraud investigation, together with the company’s own investigation being performed by PricewaterhouseCoopers (PwC), will in time uncover the exact actions that lead to such a catastrophic mis-representation. For now, we know that two “secret” overdraft facilities worth almost £10m had been utilised. According to the Chairman, neither he nor the Board nor its auditor, Grant Thornton knew about these funding facilities. Surely, as part of the investigations, it will be asked who had applied for these facilities, how had they been signed off and how “secret” were they? It seems unlikely, that only one individual within the business could have known or applied for the facilities and surely for such high value loans, there should be some kind of authority limit in place whereby more than one individual has to sign it off, or even a stipulation that the Chief Executive or a Board Director must authorise? One reader of The Times, wrote to question the banks role in this – had HSBC and Barclays done enough due diligence when providing the loan facilities? Was it appropriate to question why such a wealthy business needed access to such overdraft facilities? I guess the role of the banks is a blog for another day…!

In addition to the secret overdrafts, it has come to light in the recent press reporting that Board members had sold over £13m worth of shares in the months leading up to the near-collapse. The Guardian reported that Marsh, had banked a £700,000 profit selling share options as recently as July. Neil Craven writing for The Mail on Sunday detailed that three directors including the CEO and the Finance Director sold shares totalling almost £5.9m earlier this year, followed by another £7.2m of shares sold by Board members just a month later.

Now whilst it is not (at the moment) suggested that Board members knew about the accounting discrepancies, Craven asks the valid question of why, at a time when much of the restaurant industry is in dire straits, facing multiple store closures and rescue-deals, did no one on the Board stop to find out why it was going so well? Perhaps they did, or perhaps they got carried away with the high share prices and wanted to cash-in from the business’s success….either way it doesn’t look good that the Board seemingly made such large personal gains just months before it suspended its shares from trading, and leads to the question of how can a director provide appropriate scrutiny to management of a company when he stands to personally gain so handsomely? Is your judgment impaired when you can cash in your own shares for millions of pounds?

According to industry sources there were other “red flags” such as nominal interest earnings on supposedly large cash holdings, which were detailed in the company’s accounts. There is also the fact that according to investors who know him, the Chairman, Luke Johnson, “is well known for his usually meticulous approach to his investments” and looks at the “fine details”, so how did he miss it? He has admitted “that accusations he ‘was stretched too thin’ were ‘fair criticism’.” 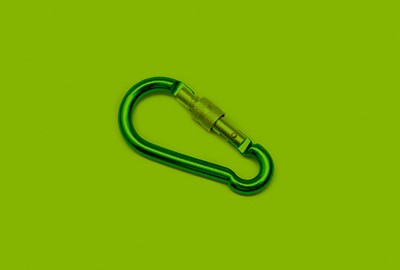 As Company Secretaries, we ask whether the Board was being supplied with the right information to scrutinise? And if so did they go far enough? Did anyone pick up on the low interest amounts? Was there the right balance of expertise on the Board and anyone with sufficient finance expertise to be able to apply proper scrutiny to the accounts and ask the right questions? Was it clear to management the items that should be brought to the attention of the Board? This question, is particularly relevant when you consider that, it appears the Board was not made aware of the winding-up petition brought against it until the same time that the accounting discrepancy was highlighted (on 9thOctober), despite the high court petition being made on 15th September and being advertised in the Gazette on 5thOctober – who knew about the petition and did they not think the Board should be made aware as a matter of urgency?

As an AIM listed company, it is unclear whether the company has an internal audit function, but from the information available it appears that it didn’t (and if it did, then it clearly didn’t do its job). Which leads us to ask the question of whether more should be done to test the internal controls of small and medium sized businesses. Indeed, to the man on the street, a company of £450m and employing over 2000 staff does not seem to be ‘medium sized’ and would surely benefit from better internal audit of its procedures and controls. Without knowing the details, it seems on the face of it that the Finance Director had a fairly free reign to do as he wished.

Will the business survive?

For now. The company has bought itself some time with the Chairman’s personal loan, but is still a long way to safety and further still from achieving the financial situation that it thought it was in. It is thought that PwC and others are ‘waiting nearby’ should insolvency procedures be commenced. Whether this happens will depend on its key lenders and whether they are prepared to wait for the Board to rescue the company. It is reported that the company is hoping to enter into ‘standstill agreements’ with many of its lenders, delaying the payment of its debts for 12 months. Whether the lenders have the courage to do so, in this tumultuous industry, remains to be seen.

It will also depend on what happens to the share price. As reported in the Evening Standard “an emergency share placing is likely to see the value of the group slashed from almost £450m to less than £70m when shares eventually resume trading.”

This will largely depend on the outcome of the Serious Fraud Investigation as well as the internal investigation being conducted by PricewaterhouseCoopers, the movement in share price and response by investors.

There is talk that if the accounts were found to be misleading there is the potential for directors ‘repaying the proceeds [of share sales] back to the company’ and also the threat of institutional investors taking legal action.

If the investigation uncovers that directors did know anything earlier than is being claimed at the moment, they could potentially be held personally accountable for trading while insolvent.

There is also reports that the company may take legal action against its auditors, Grant Thornton, which clearly has questions to answer about its role and apparent failure to pick up on the discrepancies.

The clear failures here again raise questions of what companies, of all sizes, should be doing to minimise the risk of both internal and external fraud. Accountancyage.com reports on lack of visibility at the top and that “Recent research from BlackLine indicates that this lack of visibility and control may be more prevalent…In fact 33% of UK CFOs in large organisations admitted to being concerned about errors in accounts that they know must exist, but of which they have no visibility.” They also write that control systems are simply not keeping up with the technological advances of the times and “that many organisations are still heavily reliant on outdated systems – such as spreadsheets [which are] highly susceptible to error, time-consuming and easy to get wrong.” They finish by suggestion that “there needs to be organisational buy-in from the top to ensure that processes and technology are in place to enable continuous visibility of financial data.” Which as Company Secretaries we whole-heartedly agree with – Boards need to look strategically at their processes, technology and resources to ensure that it can carry out it its role properly and to ensure that internal controls are as robust as possible and capable of adapting through the technological advances available.

Does your company need assistance with fraud prevention? Or do you want someone to review your current processes?  Please contact us here to find out more about how we can help.

This is Money – 20 October: https://www.thisismoney.co.uk/money/markets/article-6298703/Why-didnt-charge-Patisserie-Valerie-sinking.html